The predict operator takes a single time series metric to predict future values. Predicting metrics such as CPU Usage or memory consumption can be useful for resource and capacity planning use cases.

The forecast is compared with the Provisioned Read Capacity (Series A) so that the developer can validate if the DynamoDB table has sufficient read capacity to support forecasted read consumption. 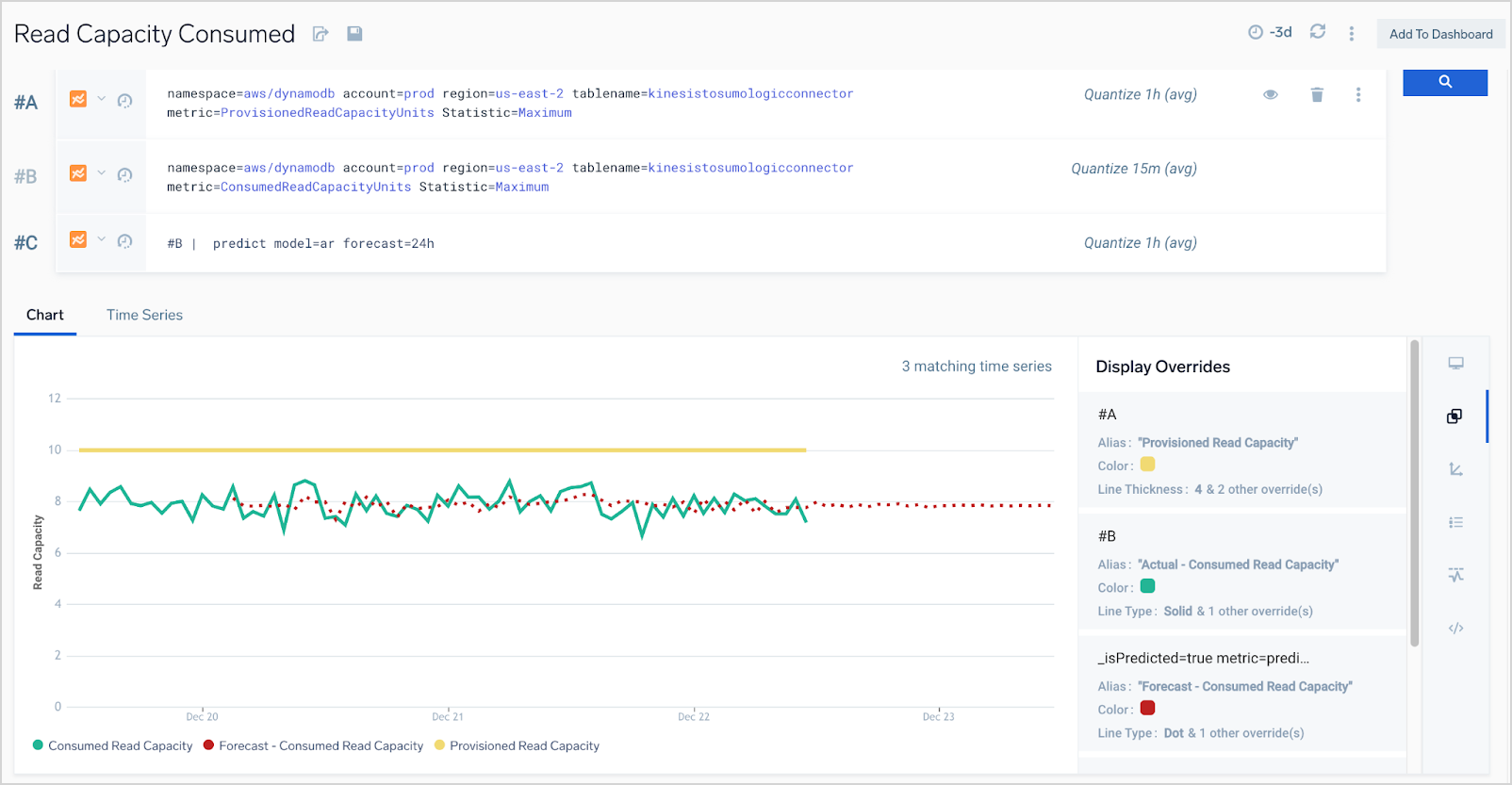 Sumo Logic APM renders golden signals from trace data as request, error, and latency time series. In this example, the developer of the “coffee-bar-app” wants to forecast requests per hour for the “coffee-machine” service using metrics derived from transaction traces. The the auto-regressive model predicts requests per hour 50 data points into the future: 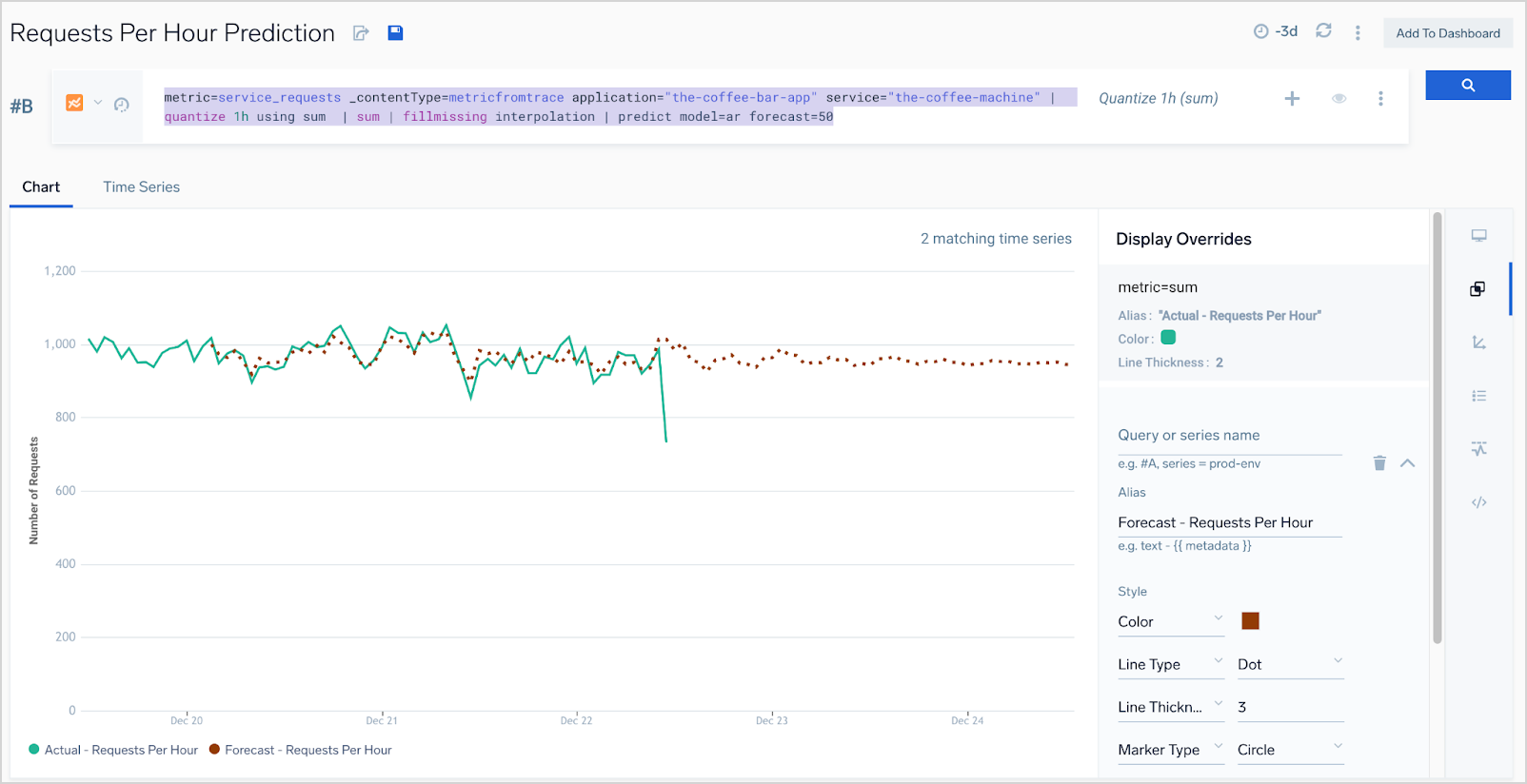