Create a new field (named _total by default) containing the sum of the specified field:

In this example, you can find the total data (bytes) transmitted for a time range. Running a query such as: 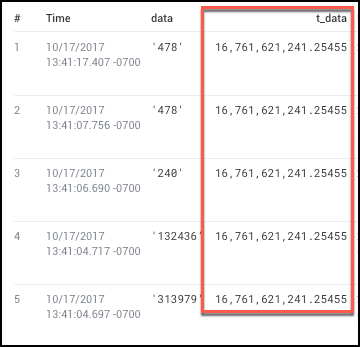 This query produces only three results, illustrating that _total is simply the sum of ps: 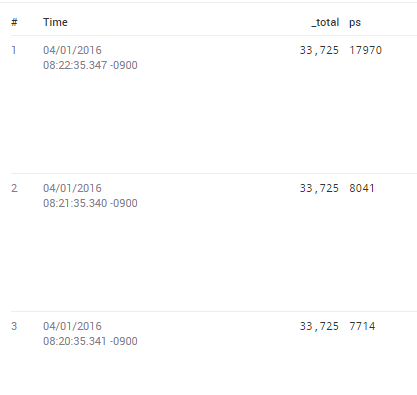 To group rows by their message time and calculate different totals for each time, use the _messageTime field:

This query looks at the first 10 rows and creates a field called data in each. Rather than simply totaling data—which would be 10—this query groups the rows by their message time and provides the total for each group.

Calculate the running total of requests​

Say you'd like to find the running total of requests from certain users. Running a query similar to: 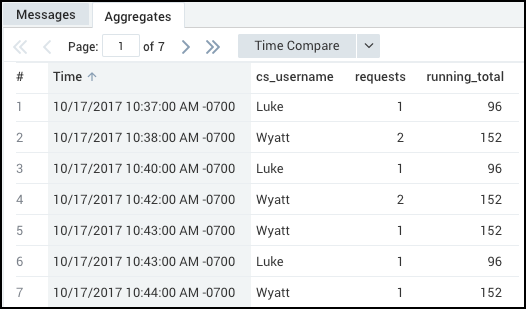