Similar to a Pivot Table in Excel, the transpose operator allows you to take a list and turn it into a table in the Aggregates tab, as shown by the examples below. You can define what data makes the rows and columns.

Without transpose, the following query renders factual but not a useful table below: 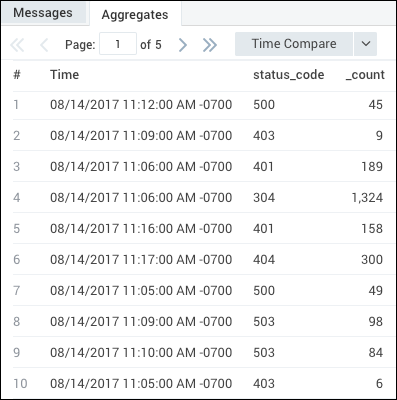 With transpose, you can use your query to define your rows as the timeslice and the columns as the status code: 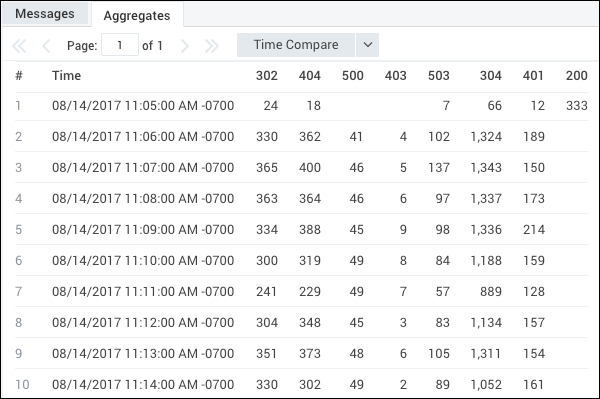 To make this information present as a table, transpose dynamically creates columns for aggregate search results. This allows you to change the output of a query by turning search results into fields, so you can design queries without first knowing the output schema. In this way, transpose formats the data correctly for charts in Dashboard Panels.

For example, the screenshots below represent the same data from the same time range, but the second screenshot is generated from a query using the transpose operator.

Without transpose, the data is represented according to timeslice, but not aggregated by status code: 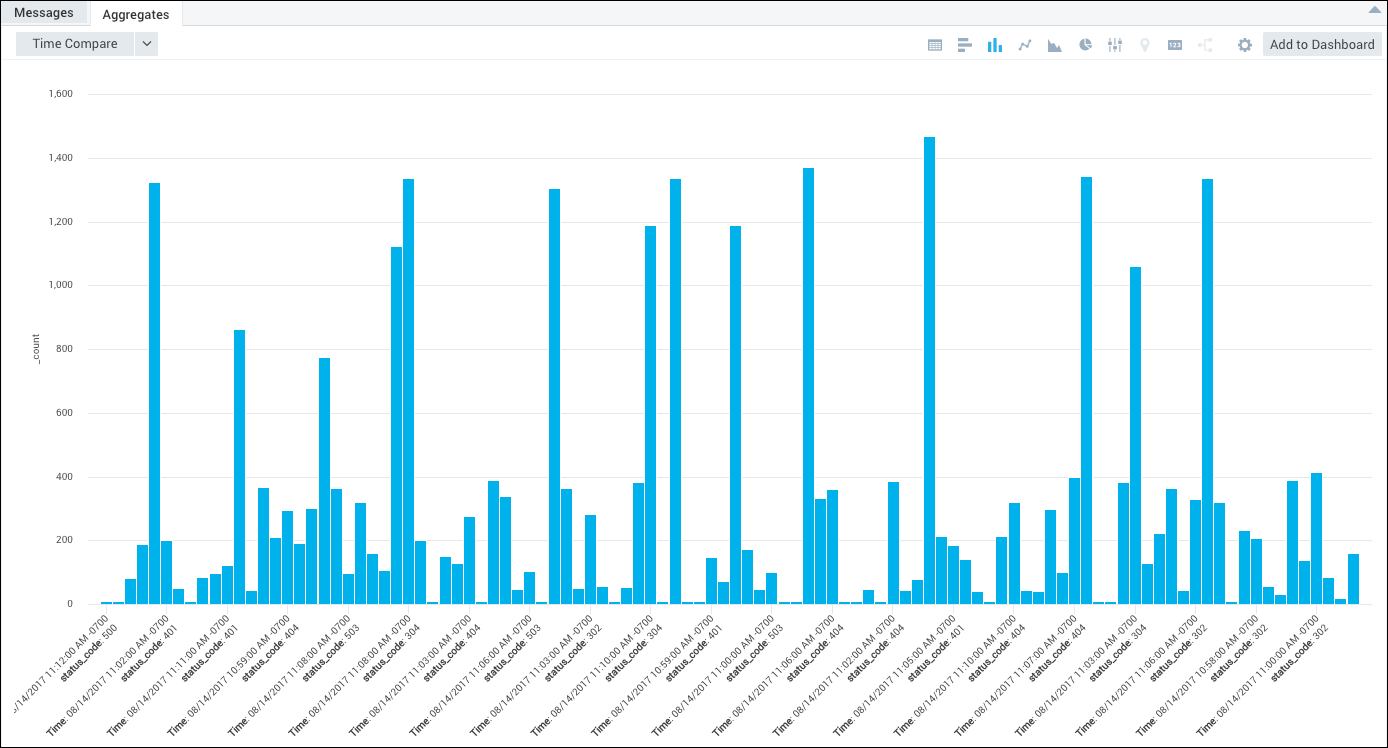 With transpose, the results display in an easy-to-read manner status codes by timeslice:

Results can be influenced in three ways:

As a reminder, if a field name contains a special character (such as -) the character must be quoted in %"", as in %"test-zz-1". Because column names computed from data tend to include special characters, this is especially important to keep in mind when using a transpose operator.

Let's say that errors are logged by module; we'd like to view errors by each module's name. Running a query similar to:

will produce results with each module represented with a distinct color, similar to:

Try changing the Stacking setting (under Change Properties) to Normal to see how graphs are affected by this option. For more information, see Chart Search Results.

Because you can use the transpose operator without prior knowledge of the fields it will generate, you can view logins by users and organization. Running a query similar to:

will produce a stacked graph similar to: 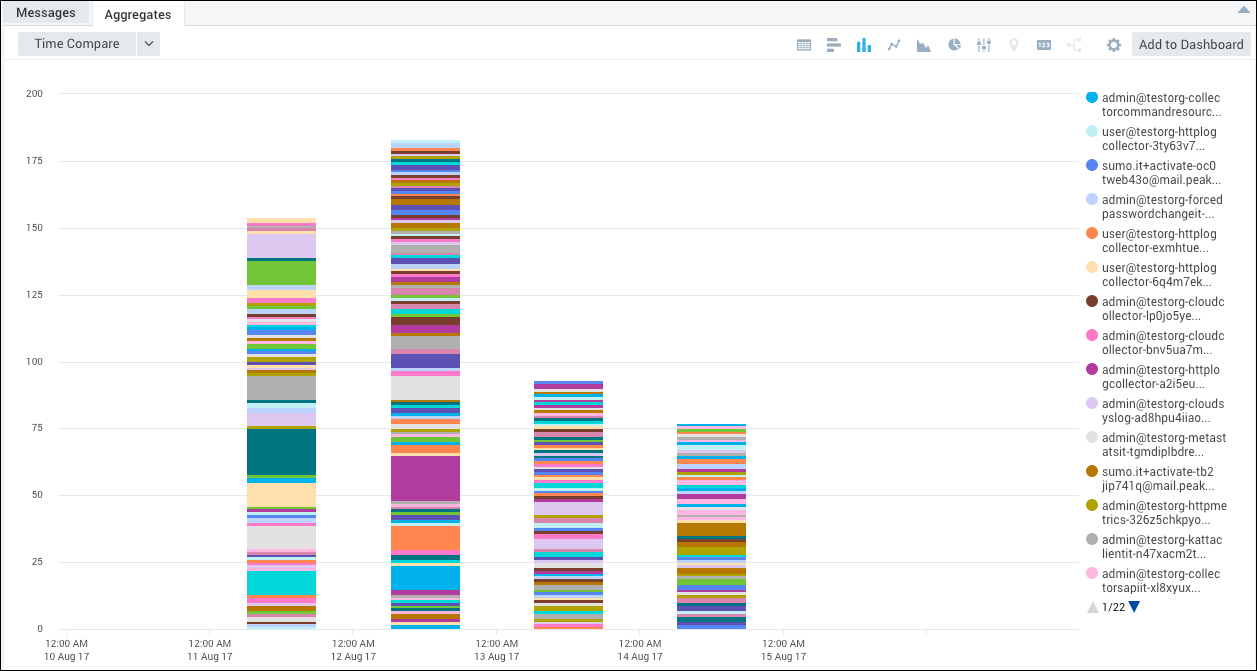 Let's return to the query with the Apache web server status codes, but status_code is a pre-parsed field.

Results are initially returned in the Aggregates tab in the form that we want. 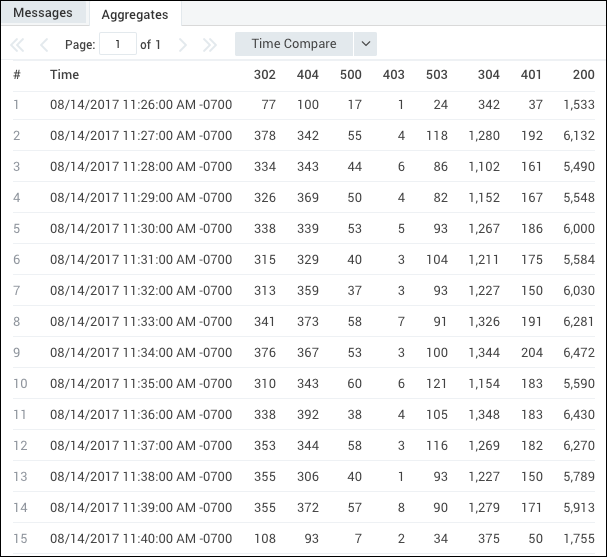 Then you can select the Column chart button, and under Change Properties, set the Stacking setting to Normal to create a stacked column chart.